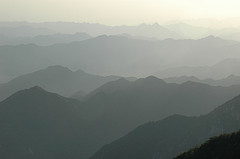 It has become clear that the world has entered an economic downturn that does not appear to leave any industry unscathed. Expect the antimony metal market, that is. Reduced demand in recent weeks for most commodity metals has caused a sharp downturn in price. Many metals are down by 33% or more.

However, the price of antimony has only declined by less than 5%. Most prices are falling due to a lack of demand because of the global recession. The antimony market has seen a lessening of demand as well, but also a large decrease in supply. In early October, the Chinese government closed many small to medium size antimony producers in Hunan province. These operations account for approximately 30% of the world’s antimony supply.

The closures are the result of government led investigations into the presence of arsenic in the environment. Arsenic is a byproduct of the antimony refining process and it appears that high levels of the metalloid have entered the water supply feeding the Zi River in Hunan province. Environmental authorities have closed the operations indefinitely in order to discover how the contamination is happening and how to stop it. Because of the reduced supply, the antimony market has so far avoided the drastic reduction in price of other metals markets.