A Brief History of Antimony in China 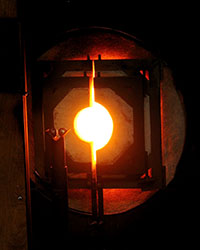 China is the largest producer of antimony. Current estimates put China’s antimony output at 84% of the world’s total. This number signifies a return to the global dominance that China enjoyed over 100 years ago. In 1908-1914, over 80% of the antimony for use was from China. During the years 1922-1931, it accounted for 73%. The three decades following World War II mark an era in which China’s position in the global antimony market slowly declined. The downward trend bottomed-out in the ‘70s with China only producing about 25% of global output.

Antimony deposits can be found in Hunan, Guizhou, and in many other provinces throughout China. However, the richest deposits are in Hunan. In particular, Xikuangshan near Lengshuijiang City has long been celebrated for the quality and quantity of its antimony.

Toward the end of the Ming Dynasty, roughly 1591, what were originally thought to be tin deposits were discovered in Xikuangshan. In fact, the name Xikuangshan translates into “mountains of tin deposits.” However, the tin deposits turned out to actually be antimony. It was not until 1896 that the ore from Xikuangshan was identified as antimony. This area continues to be known as Xikuangshan despite the fact that mountains have antimony deposits instead of tin.

In 1908, several entrepreneurs, from Hunan founded the Wah Chang Mining & Smelting Company (Wah Chang). Representatives from Wah Chang went to France to purchase a new furnace technology known as the Herrenschmidt process. The Herrenschmidt process was an improvement to volatilization roasting techniques known at the time. Once they successfully acquired the Herrenschmidt process, Wah Chang applied for and received a Chinese patent which gave the company the exclusive use of these new processing methods within China. Shortly thereafter, Wah Chang constructed an antimony smelter in Changsha to produce antimony metal using low grade antimony ore. This smelter became one of 24 roasting furnaces and 19 reverberatory furnaces that made up Wah Change’s first plant. This plant is viewed as the start of large scale antimony production in China.

Wah Chang tried to protect its production technologies by keeping its competitors from copying the design of Wah Chang’s manufacturing equipment. Unfortunately for Wah Chang, a new fireclay Chinese volatilization roaster was soon developed by smelter operators with experience in volatilization roasting techniques. It suddenly became feasible for other companies to produce high quality antimony using low-grade ore as the raw material. Consequently, a number antimony plants were established across south-western China. The Hunan province was the most successful region. Antimony mines and smelters popped up throughout the province. At its peak, there were 74 antimony smelters in operation in this province alone. Another set-back for Wah Chang was the dramatic price decline for antimony following World War I. In 1918, Wah Chang went bankrupt and had to shut down most of its smelters. Many of the mines in Xikuangshan were able to weather the price decline, though.

Annual production consistently averaged more than 10,000 tons after World War I in the years from 1918 to 1936. However, in 1936, the Chinese government established the Antimony Industry Administration in the city of Changsha. The new administration created a government monopoly of antimony production by artificially restricting output and basing the purchase prices on foreign market conditions rather than domestic influences. The establishment of the Antimony Industry Administration would eventually mark the beginning of China’s long decline away from global dominance of the antimony market.

By 1937-1945, average annual production had dropped below 5,000 tons and the trend continued down from there. 1949 saw only 1,700 tons of antimony produced in China. That same year came the restoration and development of the national economy including China’s antimony industry. Xikuangshan was completely converted to state management. By 1953, annual output had grown to 5,500 tons. While China’s absolute numbers continued to rise, its relative numbers compared to the rest of the world declined into the 1970s.

Over the last 30 or 40 years, the growing importance of antimony has driven China to improve antimony mining and processing technologies. Many upgrades have been made to the planning and administering of the outdated shaft furnaces and their condensing and dust-collecting systems. The hearth area of reverberatory furnaces for antimony metal smelting has increased by more than 500%. Refining techniques have progressed to the point where 99.999% or more purity antimony is now feasible. In addition, a great deal of work was done to improve the blast furnace volatilization process which has produced better metallurgical results. The level of operating mechanization and automation has also greatly improved in recent years. The overall effective of these improvements has been to return China to the level of dominance it enjoyed at the beginning of the last century and to give Chinese high grade antimony trioxide the reputation of being among the best in the world. Photo: Dave Hogg